Part 1 can be found here

In my process, a little (or a lot of) mixing happens during the recording process by default. But the official “mixing” stage doesn’t start until you are done tracking and have moved on to getting the balance, panning, EQ, and effects just right on each track.

This was the best and worst part of the project for me. Best because you get to tune everything until it sounds better than ever and worst because you are only as good as your ears. My ears aren’t very experienced at mixing. I am also very picky. That’s a bad combo when you are trying to make final decisions on track levels. The following happened totally out of order depending on the day or track or take.

In regards to EQ, I didn’t have to do much to the solo tracks. However, on the band songs I did a lot of work trying to keep the instruments out of each others way. I did this by cutting down on extraneous frequencies not key to the sound of the instrument. This created room for the other tracks to breathe and gave each its own sonic “zone.”

The high and low pass filters were a big part of cleaning up the sound. Especially on the low end, a lot of “mud” tends to build up. By moving the high pass (same as “low cut”) filter to the point where it is just noticeable I found I could get a clearer sound on each track. At the same time I was sculpting a hole for the bass!

I only employed the low pass filter in places where the mic sound had a really harsh bite to it (around 18khz to 20khz). The exception being the individual drum tracks where I scooped out huge amounts of frequencies to get just the low kick drum sound, just the high cymbals, or a punchy snare drum sound right in the middle of the spectrum.

I’ll not detail my process for actually setting track levels because it changed about a million times and you could do it many different ways. The only interesting thing to note is how I used the mic and DI tracks from the same take.

In general I liked the sound of the Neumann microphone better than the DI, but it was also a much brighter sound. So instead of just using one or the other I used the mic out front at full power and the DI at about 1/3 the mic level. This gave a nice mix of the Neumann’s high-end detail and some of the DI’s bass response without hearing too much quack.

Sitting by themselves, the tracks sounded incredibly dry, flat, and boring due to my room. I was planning on this, but I still had to figure out how to make them sound natural or it was all for nothing. It took some quick adjustments on the reverb plugin to know I was safe; it would end up sounding fine.

The reverb really made everything pop. Finding the right amount was subjective to the day and I changed my mind many times, but I tried to mix the reverb as subtlety as possible, but still have it sound “big.” I found that working with a reverb send that I could use for many tracks instead of inserts on only one track was a great time saver and made for a more consistent feel.

Another trick I learned from my digital music technology teacher, Joel Katz, was to run a delay into a reverb set 100% wet with no dry output (this only works if the reverb is a send). It allows for a bigger wash than a normal delay, but still has a timed repeat.

Finishing Up For Mastering

To finish up the recording, I moved the overall level of the songs so they each peaked at around -3db. I heard somewhere that this gives the master engineer some room to work and figured that if anybody should make the songs louder it should be them. I engineered my fades and exported each tune as a .wav file.

Then I uploaded them to the mastering guys and filled out a questionnaire so they had an idea what I wanted. Getting the masters back was exciting. I had no idea if the cost of the service would be worth it or what to expect. It was definitely worth it. What I got back were punchier, bigger, and more professional sounding songs that were more balanced in their EQ and volume. 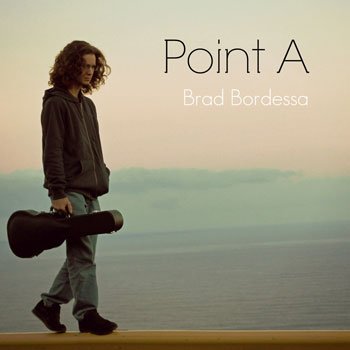 During the same time I had been finishing up the mixes I was also working on putting together the album artwork. I decided for this project I was just going to go with a CD sleeve so I was only designing a front and back – probably a good thing for this noob.

My original concept had to get thrown out the window since the photo I had wasn’t of high enough quality. My brother was kind enough to go on a photo shoot out to Waipiʻo Lookout and try to get a picture that was similar. PicMonkey.com was great for roughing out ideas and as I went along I saved many different versions to get feedback on. Eventually I settled on the one you see here and put it in Photoshop to fine tune the details.

So with the masters approved and album artwork uploaded, the project has passed out of my hands. Physical copies should arrive at my door at any point and soon after it should be available at all popular digital download sites.

It was quite an experience putting the EP together. I now have much more respect for the knowledge of a seasoned engineer and producer. Now that I’ve done one album end to end I think the next one will be much easier and more fun. But for now it’s time to go perform in support of this one and to start writing tunes for the next.

Point A is available on Bandcamp and other digital media outlets.
Updated: July 8, 2021