As your ukulele skills advance, you will encounter chords of increasing difficulty. Here are six tips for when you come across a challenging chord.

Learn all about this subject and more in…

With nine hours HD video lessons for beginner, intermediate, and advanced players, Left Hand Technique For Ukulele will teach you how to optimize your movements, articulate your notes, and master the fretboard.

Investigate how you can change which fingers go where in a chord. Each person’s hand is different and sometimes the suggested finger placements for a chord don’t work equally well for everybody.

Also, each ukulele has specific structural characteristics that can make a particular combination of fingerings easier to use when making a chord. These can include a thinner or rounder neck, wider fingerboard, as well as more or less radius.

Use a google search to find different finger placement possibilities that might be more comfortable.

Use an Alternative Chord Shape

Each chord has a number of different places on the neck that it can be formed. These variations are known as inversions – or shapes. Each inversion uses a different combination of notes to create a unique voicing that gives it a higher or lower sound.

Listen to how each chord sounds in the song you are learning to determine if changing the inversion is a possibility. Some alternative chord shapes don’t sound right for a specific song, though usually you can get away with it. Conversely, you might stumble upon a hidden gem that breathes new life into an old favorite.

Play the Chord as a Triad

One of my favorite hacks is just playing a triad. Rather than putting stress on your hand playing all four notes of a difficult chord, only play three of the most essential notes.

For major chords this is the 1, 3, and 5 notes of the scale, for a minor it’s the 1, b3, and 5. Use this as an opportunity to learn some basics of chord theory and break down the structure of the chord.

Playing a triad might demand some attention to your technique. When playing only three notes, one string will need to be kept quiet. Use a three-finger pluck with your right hand to create a clean articulation of the triad. This may take practice, but will open up new ways to play chords and new tonality to your repertoire. You can also mute the unplayed string with your left hand, touching the string with a leftover or leaned-over finger to keep it from ringing.

Place Your Fingers in the Correct Order

The simple act of mindfully placing your fingers onto the fretboard in the most efficient order possible can help make your life easier. For chords that involve utilizing multiple fingers, there are a variety of ways in which you can add your fingers to the strings. In general, the most efficient approach is to start by fretting with the index finger and working up through your digits, one at a time, to the pinky.

Disciplined practice will help decrease the delay in forming the chord. Break down the chord into its individual parts and when transitioning to the chord keep your right hand strumming so you donʻt lose the beat.

Complement the above approach by developing your finger’s muscle memory. Repeatedly hammer-on and pull-off of each note in a chord using one finger at a time with the left hand.

For instance, if you want to practice a G major, hold the chord and mash on and off the 2nd fret on the C-string repeatedly with your index finger. Then move on to repeatedly hammering your middle finger on the 2nd fret, A-string. Finish with the last finger in the chord – the ring – on the 3rd fret, E-string.

This simple exercise will develop the individual muscles in the hand. It also helps build connections to your brain that are crucial to forming each shape and allows your fingers to “remember” the chord on their own.

Transpose the song to a different key

A final option is to transpose the song into a new key that uses an inherently easier grouping of chord fingerings. You can avoid a problem chord by changing all the chords of the entire song you are playing.

This is not a fool-proof strategy since avoiding one chord may force you to encounter a new chord that is equally difficult. Most online chord sites like Ultimate Guitar have an automatic chord transposing feature built in. Look for the “transpose” feature that says “-1” or “+1”. This will move the chords of the entire song up or down a half-step at a time.

Keep in mind that dramatic changes in the key can make the song more difficult to sing. In the new key the melody can be too high or too low for the vocal range of the singer. It is best to stay within one or two half steps of the key you typically sing the song in.

One of the most common chords in rock-n-roll and blues is E major. Here are some examples of how to use the tips above to make it easier to play.

Bb and B Major

Learning an instrument is a lifetime pursuit. During this process, as you encounter new challenges, you will have to push yourself to adapt and improve.

Keep growing, keep practicing, and keep challenging yourself to learn new chords and fingerings. This will help keep your playing from becoming stagnant and boost your progress as an ukulele player. 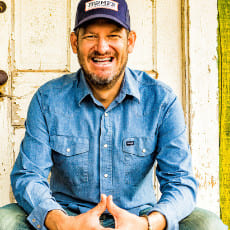 Dagan is a musician and educator from Waimea on Hawai’i Island. He enjoys singing and playing 100 year old Hawaiian cowboy tunes as well as being in the classroom teaching students how to derive the quadratic formula or pick the Harry Potter theme on their uke. More about Dagan
Updated: May 4, 2022