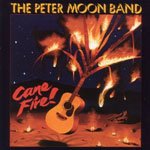 I’ve seen several requests around for ukulele tabs of Pandanus. It is a phenomenal song – probably one of the best Hawaiian instrumentals ever written.

Peter Moon could rip with the best – ukulele or guitar players. His double-stop work was out of this world and if you aren’t familiar with his music, you should really do yourself a favor and listen the Cane Fire and Tropical Storm albums, along with his legendary lead uke playing on Kawika.

Pandanus is his flagship shredding song, but remains so smooth that it’s almost unbelievable. Most people focus on the lead playing, but take a listen to what the band is doing around the melody to make it swing.

For solo uke versions, I’ve always liked mistahukulele808’s performance. Even a decade later, his rendition still feels the smoothest out of everything on Youtube:

Peter plays guitar on the recording for the lead, but stays within low-G range. The way its written, I wouldn’t be at all surprised if Moon composed this on the uke.